Digitizing the Census of Religious Bodies

In the early twentieth century, the U.S. government documented the financial, material, and human resources of every religious organization in the country. The Census of Religious Bodies (CRBs) represents quantitative historical data for more than 200 denominations and 220,000 congregations across its four volumes in 1906, 1916, 1926, and 1936. Although many scholars have used denominational membership data, much of the data, including information on endowments, expenditures, colleges and universities, and investments in missions, remains mostly untouched. Dr. Melissa Wilde, along with Tessa Huttenlocher and Elena Van Stee, have sought to increase the accessibility of the CRBs by digitizing these volumes and making them publicly available on the American Religious Data Archive.​

Research questions spurred by the data go beyond religion to explore social reproduction for almost the entire U.S. population. For example, "To what extent is wealth crucial to the long-term survival of a groups’ advantages? How much do investments in material resources, such as buildings, matter, versus investments in higher education (which our preliminary analysis of the CRBs demonstrates is highly varied, even among wealthy denominations)?"​ 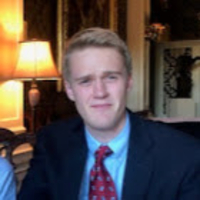