The Terahertz Intensity Mapper (TIM) is an experiment to study the star formation history of the universe when the star formation rate in galaxies was at its peak. TIM will make 3D maps in far-infrared light, allowing us to peer deep into the star-forming gas in galaxies. TIM must fly on a high-altitude balloon to get above the majority of the earth’s atmosphere, whose water vapor would otherwise absorb far-infrared wavelengths. This flying telescope must be able to record data and point autonomously with high accuracy. TIM flies an array of sensors to measure its orientation and motion whose signals are collated by flight computers running custom flight software to record the data and control motors determining the telescope pointing. During this summer, Mei and I worked on implementing, analyzing, and integrating two of these sensor systems onto TIM - an absolute sensor using a star camera, and high frequency approximate sensors. 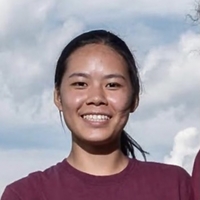