Major Depressive Disorder (MDD) affects hundreds of millions of people worldwide. Two under-researched and interrelated symptoms of MDD are diminished motivation and willingness to exert effort. Disturbed sleep is another common symptom, and some individuals with MDD show disturbances in their slow wave activity, which occurs during stage 3 sleep. A few studies have found disrupting slow wave activity to be beneficial in reducing depressive symptoms. Our study looked to replicate this slow-wave disruption process in order to better understand the mechanisms underlying depression and sleep. We hypothesized that after a night of slow-wave disruption (SWD), motivation and effort would improve in participants with MDD.

This study is ongoing; n=14 for the analysis in this poster, but total n=60 at the conclusion of this study. There were no statistically significant findings from the data so far. The most promising trend that was consistent with our hypothesis was towards increased motivation in MDD (p=0.19) after SWD according to data shown in Figure 1. Other trends were conflicting. However, since nothing was statistically significant and our study is still in its early phases of data collection, these patterns should continue to be monitored as the study goes on, in order to conclusively determine the effect of SWD in moderating motivation and effort exertion in MDD. If our hypothesis is rendered correct, this could implicate slow-wave disruption a potential treatment for certain symptoms of Major Depressive Disorder. 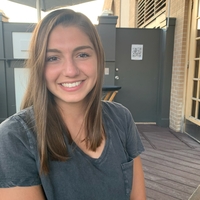 Grace, I am so intrigued by…

Grace, I am so intrigued by why slow wave sleep disruption would benefit MDD symptoms!  What is the proposed mechanism?  I assume people with MDD sleep more than average?  Could that be part of the explanation?  Your results look promising even with the small sample size- I hope you can stay involved in the Fall when campus should be getting more back to normal!  (What kind of tones are used that they disrupt slow wave sleep but don't actually wake the person up?  I ask because I often listen to the radio (podcasts) to fall asleep and end up listening to it all night- I wonder if I am disrupting my slow wave sleep!) Liz Brannon

Hi Grace! This is really…

This is really important work, as the intersection of sleep and MDD is an area of ongoing interest and (potential) clinical intervention.  I hope that data collection continues to allow a robust test of your hypotheses.

Seems like the trend you report really aren't reliable enough yet to interpret.  But assuming that they were, what on earth do you make of the difference in direction between self-reported motivation (the MAP-SR) and the measure of effort?  If people are actually more motivated, they should be MORE willing to expend effort, not less!  Do you think the EEfRT is getting at something more "true" about anhedonia, or is it (like many such computer based tasks) flawed in some way and not really getting at the core of motivation?

I look forward to hearing your thoughts!

Grace, I would love to hear more about the relationship between slow wave sleep disruption and MDD. What do you think is responsible for this relationship? This is a very ambitious project and I look forward to hearing more about it as this continues!

Grace, This is very…

This is very interesting, and I hope the results keep getting better and better. What are BL and SWD in Figure 2? What underlies the hypothesis that slow wave sleep disruption could help MDD? Seems like the findings will depend greatly on the motivation/effort task. What was it and do you have a few different tasks in mind? Do people see the task twice or once? If twice, it is easier on the second time around? Finally, what a tough study to run during a year of Covid. Bravo!
Best,
Barb Mellers