Determining how to increase public health behaviors like mask-wearing in non-compliant individuals is an important problem. In this two-part study, we first examined the correlates of mask non-compliance in undergraduates at Penn, and then developed a public health intervention designed specifically to appeal to individuals with those traits. We found that being politically conservative and favoring the core values of respect for authority and in-group loyalty were associated with mask non-compliance. We then developed two novel public service announcement (PSA) videos. One featured peer campus leaders (e.g. the president of the College Republicans) to appeal to both social influence and the core values espoused by non-compliant individuals. The other featured national and local health care authorities. We found that (a) conservative students rated the two videos to be equally authoritative, while liberal students rated the health authority PSA to be significantly more authoritative than the Penn leaders PSA; (b) conservative participants significantly increased their mask-wearing rates compared to baseline, while liberals did not; and (c) the PSAs were equally effective for conservative students at increasing mask-wearing. This study shows that interventions that encourage mask-wearing should target the values and beliefs associated with non-compliance in order to increase mask-wearing rates in previously non-compliant mask-wearers. Our findings can also serve as a model for future public health interventions to target correlates of non-compliance with other important health campaigns such as vaccination programs. 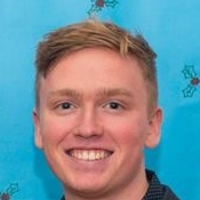 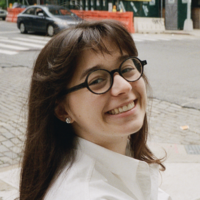 I found this study and poster to be quite interesting! Like many others, I hadn't considered appealing to the moral values of non-compliant mask wearers. I was greatly pleased by the increase in mask-wearing the study strategy produced. I hope that similar studies will be conducted for other health concerns, such as vaccination, etc.

This study is interesting in how relevant it is to our daily lives right now! I think it would be interesting to replicate this study on a broader scale outside of Penn, maybe in Philadelphia. Doing so could help expand possible populations and more diverse viewpoints.

Your findings are really interesting. The study addresses authority using university admin and others versus health officials. Recently, celebrities have been joining the fight to promote masking wearing and vaccines. For example, Dolly Parton making videos getting vaccines... so my question is what authority do you think social influence/authority  holds? Would having a famous conservative celebrity such as Arnold Schwarzenegger deliver PSAs make conservatives increase their mask wearing?

This is so cool!

Your findings and conclusions were so interesting because it offers a new method to handling non-mask compliant individuals!